MATERIAL TRANSMISSION VS TRANSMITTED WAVEFRONT
The portion of the light that meets a glass substrate that is not reflected or absorbed is transmitted (passes through) the glass. Transmission refers to the percentage of light at a given wavelength and angle of incidence that is transmitted through a glass substrate. Transmission curves for typical optical window substrates are available at https://www.advancedoptics.com/optical-materials.html to help with the selection of a suitable substrate.

ABBE NUMBER
The Abbe number, also known as the V-number, is a measure of a materials light dispersion (dispersion is the scattering of light at different angles into its component colors) in relation to the refractive index with wavelength. Abbe numbers are used to classify optical materials. A high Abbe number indicates the material will disperse less light.

KNOOP HARDNESS
Knoop hardness is defined as the ability of a substrate to resists indentation. A Knoop hardness number (HK) is based upon the force divided by the projected area of the indentation. Test loads are typically in grams-force (gf) and indentation diagnosis are in micrometers (µm). A rhombic-based pyramidal diamond is pressed into a substrate with a fixed force. The resulting depth of the indentation is measured to provide an HK number. Higher HK numbers indicate a harder material that has left a smaller indentation. Likewise, brittle materials will have a smaller HK number. 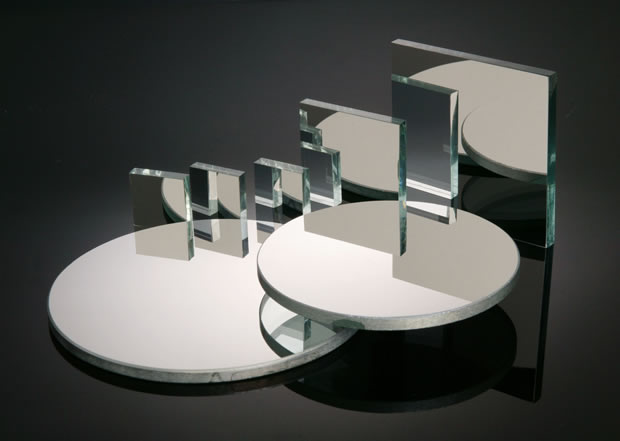